Fredag 15 januari 2016
Today I've recieved some information from Adriano, regarding busking in Las Palmas. I once met him in Las Palmas and later invited him to my studio where we recorded our version of this old well known tune from Sweden.


- Calle Triana closer to busstation San Thelmo is a pedestrian street with more locals than tourists.
- Best time to play is between 12-14 and 18-20. Las Canteras can be good during weekends
but not that good during weekdays.

If you want to busk in Las Palmas you want to know that you can do it without a permit, but sometimes the Police will ask you for it... but anyway you will not get fined. I used to play in Las Canteras with and without permit. And you might not have any problem. You can try in "Triana" street.

If you use amp there you will have no problem.

Thats gonna be intresting. Best time to play by the way is 12:00-14:00 and 18:00-20:00
Now in low season it will work better in Triana. Triana is close to busstation San Thelmo. Pedestrian street, less tourist, more locals.

Me: Don't think I've been there before but I now see pictures at the web and understand it's potential. 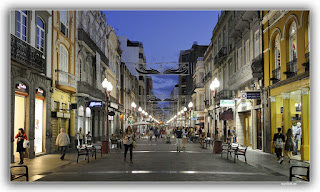 It is! Las canteras work fine in the weekend, but at weekdays it's took quiet.. I think.. You will see anyway. Have you ever tried to busk?I think its all about connecting with people
Specially with your genre.In my case I don't care so much about that cause I play a weird instrument 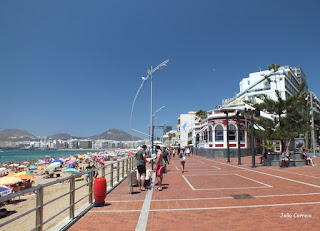 When you play rock, country or whatever, its interesting to be more aware of your audience